At the age of 30, I was first admitted to a mental health hospital ward after attempting suicide in a B&B in Blackpool.

I call it my ‘Leaving Las Vegas’ moment after the film when Nicolas Cage decides to go there to drink himself to death.

Eight years on, I have used the power of cycling to launch my own mental health campaign, Recycle Yourself. And I am training for a 4.802-mile ride around the entire coast of Britain to raise money for mental health charity Mind.

Cycling works for me and I know I’m now pushing it to the extreme but ultimately my best advice to anyone with a mental health issue is that medication is only one course of treatment – there is so much that you can do yourself to improve your mindfulness, well-being and ways of coping. Many of these ‘tools’ I have developed thanks to the mental health voluntary sector.

A solution is out there, you might need to seek it out a bit more in the short term but help is available.

I can now look back to when I was as young as 17 and recall moments of suicidal thoughts, and now notice longstanding issues with my behaviour and my unorthodox way of coping with stress and emotion. Looking back, I was rarely happy being myself and often tried to run away from any problems hoping that I could escape them not knowing that the real problem was actually me. Not knowing anything about mental health and there being none of the online or social media sources of information, I was unaware that it could have been a mental health issue and instead I just put the blame down to me being a ‘bad’ person.

When I was 24, I lost my mum to a brain aneurysm. I think that until recently, I hadn’t grieved properly for her, instead reverting to running away. Just as I had run away to live and work in Dublin when I was 18 and under pressure, after my mum’s death I went to Greece.

My suicide attempt in Blackpool had followed a relationship breakdown and after some sporadic treatment and a few years of relative happiness, which led to the birth of a son, things seemed to be under control.

But when this relationship, too, hit the rocks and became a year-long break-up, I had a run-in with police and continued with the same pattern of running away. I knew my son needed his father, though, and returned to West Yorkshire.

However, the stress of a court custody case again led to me feeling tormented, and I was isolating himself, drunk and again suicidal, when I accidentally stumbled upon a men’s mental health and suicide prevention group Andy’s Man Club one Monday night in January 2017 in Hebden Bridge.

Things then started to make sense. I adopted the club’s #ItsOkayToTalk motto, spoke openly and listened to other men with similar issues and realised I wasn’t alone and that many men were and are suffering in the same way.

All the signs were always there to show that I frequently struggled, that I repeatedly got myself in to trouble and that suicide or escaping and drinking was my way out, I was being ‘triggered’ by situations that I often caused in a self-destructive or spontaneous moment that would spiral out of my control due to illogical thinking.

At Andy’s Man Club I felt true empathy, understanding and it really changed my attitude to life.

From here I had a better year and found my passion for cycling. In 2017 I started riding to work (a 20 mile round trip, five times a week) and the odd social ride with friends. This led me on to participating in a 120-mile, two-day mental health awareness ride with Andy’s Man Club; then came a 10-hour, 271 km fundraising event for The British Red Cross; and next an eight-day, 1,036 mile fundraising cycle from Lands End to John O’Groats again on behalf of Andy’s Man Club and youth homeless charity Centrepoint UK. Things were going well. I still had problems in the background which included a police investigation and a family court hearing which caused additional ongoing stresses and emotional instability, but with my new-found strength, energy, hobby, a better relationship with family and friends, and better well-being due to his greater understanding of myself and the discovery of my reliable well-being tool, cycling, I coped.

Cycling seemed to work for me instantly. I’ve always been quite a sporty person, I played football regularly when I was younger and enjoyed playing tennis and swimming, for example. I was an active person and cycling provided that physicality.

What I didn’t realise at first is that it also suppressed my need to escape because I was riding to different places and having the time to reassess my thoughts whilst I was in a positive place and not a negative ‘drunk’ mindset.

Only in February this year, though, some serious life events led to four hours of madness. I wrote a suicide note and status on Facebook in anger and ended up on a train track, facing an oncoming train. It was at that moment I realised I needed to Recycle Myself and really focus on making some changes to myself and my mind because my suicidal thoughts and actions were getting worse, when I let them consume me.

So I got my bike out and set about rediscovering my well-being. In March 2018 I set up Recycle Yourself by cycling 50 miles every day for 50 days. I wanted to do something to really get myself into a routine of cycling each day and to prove that if you do put your mind and body to something that it can be done, and I did it, and towards the middle to end it felt easy.

I’d cycled from my home town of Keighley to York, Sheffield, Morecambe, the Lake District, Oldham and more and I inspired people to cycle – or to run or draw because they had to find what works for them.

They too saw the benefit in having a wellness tool which was amazing. I had made a positive difference to others.

Then from this I wanted to see if I could spread this positivity further.
And this is why in October 2018 I will be setting off from Blackpool on a 4,802 like trip around the closest coastal roads of Britain on a mental health fundraising and awareness ride that if successful could lead to me being a World Record holder.

More info and a donation button on that can be found at www.justgiving.com/fundraising/ryanridesaroundbritain but I will be cycling for about three weeks, averaging approximate 228 miles per day (that’s Leeds to London EVERY DAY) and am doing it all for Mind, which I consider to be the cornerstone of the mental health charitable sector in the UK. 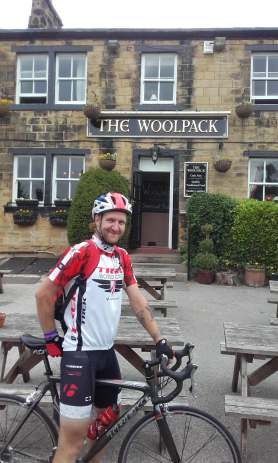 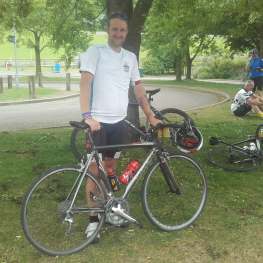 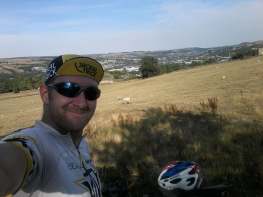 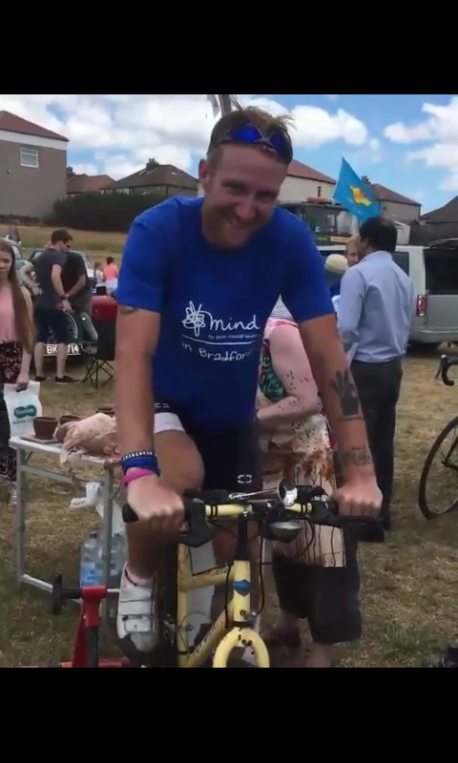 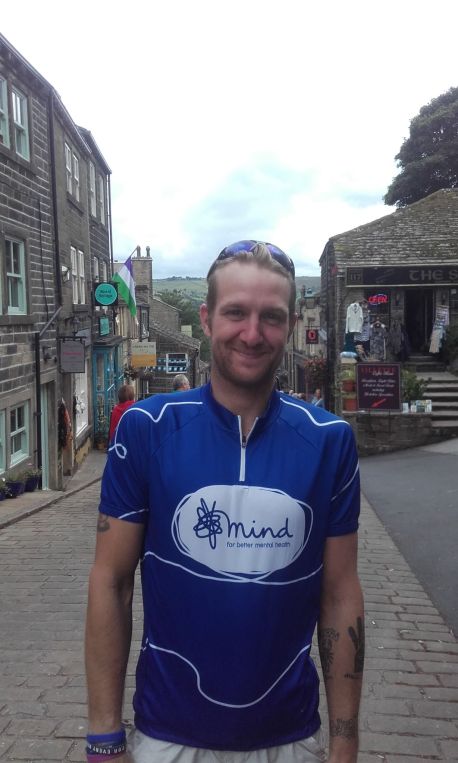 One thought on “Ryan Recycles Himself”